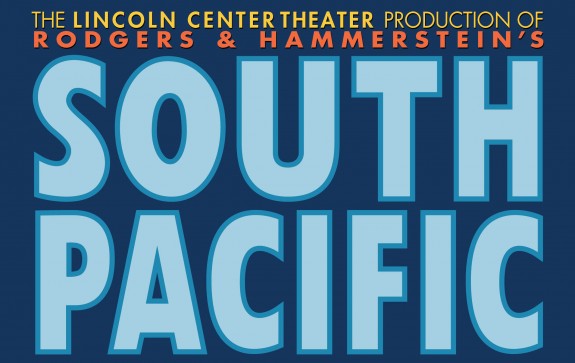 “The South Pacific Comes to Chicago”

The show made its opening night debut tonight at the Cadillac Palace Theatre in Chicago (151 W. Randolph St), which runs for a limited two-week engagement through February 26th, 2012.

Set on a tropical paradise in the South Pacific during World War II, the plot of the story visits the relationship between couples in love, the complexity of racial prejudice, the severities of war and the theme of sacrifices made in honor of country.

The sacrifice made by Lieutenant Cable who died while defending his country marked the importance of his sincere loyalty to protecting the land and those that he loved, including the young and beautiful Liat. The intensity of the war and Cable’s death were felt through the dimmed lighting and the moaning sounds of the orchestra.

Upon learning about Lieutenant Cable’s passing, both Nellie and Liat’s composure immediately changed into a more somber disposition. Their body mechanics and the various expressions of emotion conveyed by both actresses fully captured the moment perfectly.

This Broadway version achieves most of the key elements from the original production, excluding the clearly visible view of two of the male actor’s nude backsides while leaving the shower during Scene 7 on the beach and a side view of Liat’s breasts during Scene 11 with Lieutenant Joseph on the island of Bali Ha’i. -Just a friendly mental note for those considering bringing their children to the show.

The opening act consisting of five sequences on the terrace of Emile’s plantation home seemed to drag on far too long following an overture by the sensational orchestra conducted by Richard Dunn II. The live orchestra set the theme for the emotion and meaning behind the story; it successfully brought forth the audible journey of the senses to each act.

Some of the notable strengths of the show were the exceptional singing capabilities of the entire cast, especially the outstanding vocal range of “Bloody Mary” played by Cathy Foy-Mahi, the precise lighting skills by Donald Holder that created a flawless transition of daylight to sunset and the innocence of Ngana and Jerome that were felt through their charming childlike costumes.

ACT II seemed to have an unequal amount of time for the various sequences that were incorporated into the final portion of the production, the scenes appeared to be rushed and at times, sloppy and misdirected.

In closing, South Pacific was an elaborate piece of musical theater that embodied original humor, seriousness, passion, pain, show stopping entertainment, suspense and intrigue. The theme of this production defines the complexity of romance and racial prejudice proving that geography knows no boundaries when it comes to the dignity of humanity and relationships.

Thanks again to Broadway in Chicago and Korshak Inc!

Check out a preview of South Pacific: