“Just a Spoonful of Sugar Keeps the Audience Hooked”

The excitement and anticipation of avid theatergoers was immeasurable on Saturday evening, October 15th inside the historic Cadillac Palace Theatre in Chicago due to the grand return of Broadway musical production Mary Poppins; presented by Disney and Cameron MacKintosh.

Based on the stories of P.L. Travers and the classic 1964 Walt Disney Film starring Julie Andrews and Dick Van Dyke, the limited four week engagement promises to surprise and delight the expectations of attendees to the fullest extent.

Rachel Wallace stars as the world’s infamous and beloved nanny, “Mary Poppins” while the original Broadway company member, Nicolas Dromard assumes the role of the lighthearted and flirtatious “Bert.” 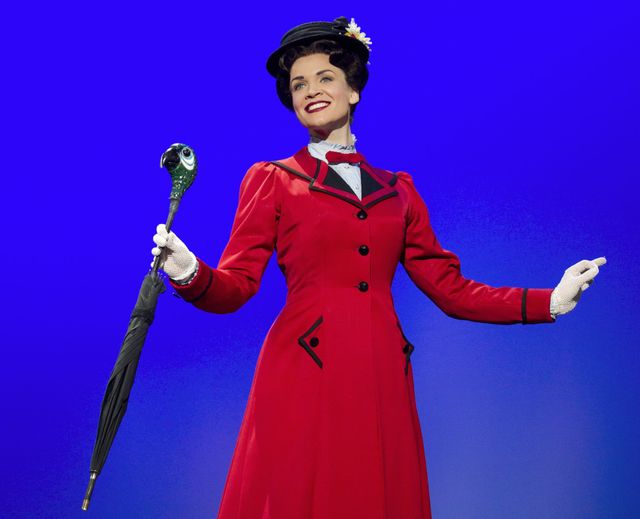 Both the leads and supporting cast compromise a sensational variety of talented actors and vocalists. Their diverse backgrounds and accomplished resumes truly bring a wide range of finesse to the stage.

Beginning promptly at 8pm, the sheer curtain bearing Mary Poppins name rose above the stage and Act 1 introduces the audience to Bert, 17 Cherry Tree Lane and the charming English town home where the Banks family reside. The infamous “Chim Chim Cher-ee” song maintains a repetitive mantra throughout the show serving as its narrative.

Although Mary Poppins the musical is based upon the Disney film, there are several differences from the movie. Both the movie and the book are incorporated into the stage musical but the sequencing of the songs in the musical varies slightly.

The “Jolly Holiday” sequence and tea party at Uncle Albert’s home are replaced with dancing statues in the park and a visit to Mrs. Corry’s candy shop, which both come from the book.

Fan favorite originals “A Spoonful of Sugar” moves to a scene in which the children demolish the kitchen and Mary comes to the rescue to help them clean it up, “Supercalifragilisticexpialidocious” originally sung outside in the park with Bert, Jane and Michael takes on a whimsical twist as the children embark on a visit to Mrs. Corry’s candy shop where Mary, Bert and the cast seamlessly run through each line of the song vocally and visually, “Feed The Birds” evolves into a duet between Poppins and the Bird Woman and rather than having “Let’s Go Fly a Kite” in the finale, it is sung in Act 2 by Bert and the children. 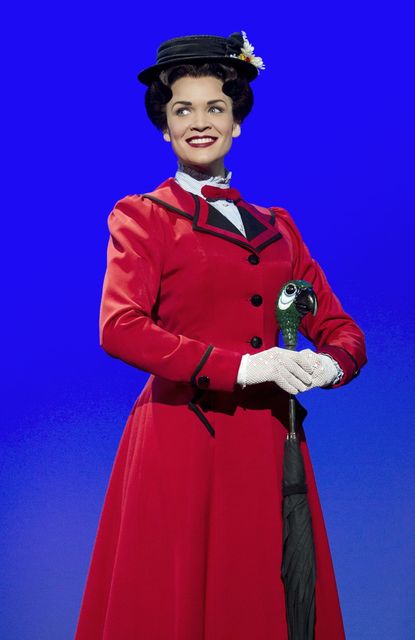 Some of the notable highlights in the production are the magical sequence where Jane and Michael’s toys come to life to taunt the children for their misuse, an exquisite tap dance number with Mary, Bert and the chimney sweeping ensemble followed by a breathtaking routine of walking the wall midair and dancing upside down on the ceiling by Bert. (As “Bert” aka Nicolas Dromard assured the audience, it is definitely not as easy as it looks.) 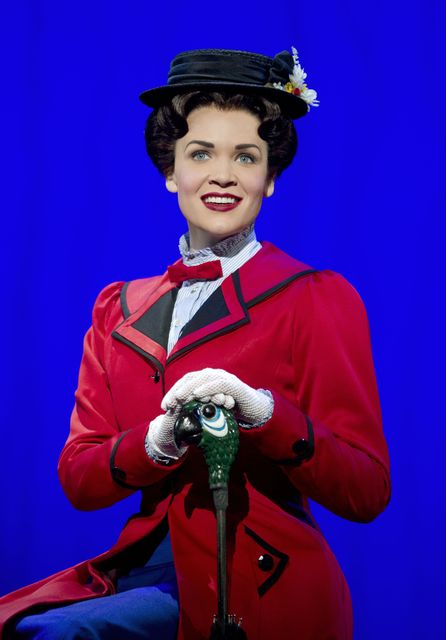 Saving the best for last, Mary Poppins does fly throughout the skies in the musical, but where, when and how will be saved for you! Be sure to catch this thrilling two and a half hour recreation of Mary Poppins that brings forth all the wonder, imagination and youthful innocence in every child at heart.

We’d like to sincerely thank Margie Korshak of Korshak Inc., Amanda Meyer, and Katie Smith for the wonderful opportunity for Showbiz Deluxe to attend and review the show.